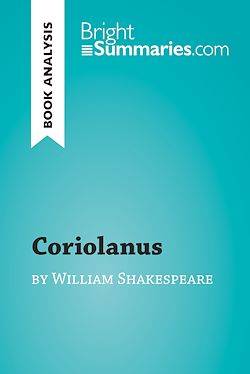 Unlock the more straightforward side of Coriolanus with this concise and insightful summary and analysis!
This engaging summary presents an analysis of Coriolanus by William Shakespeare, a historical play set in the Roman Republic. The play centres on the titular character of Coriolanus, a well-respected general whose pride in his own military genius and aristocratic background has fostered in him a deep disdain for the common people. This pride leads to his downfall: when Coriolanus launches into an ill-considered tirade against the plebeians while running for consul, the crowd turns violently against him and he is exiled from Rome. Hell-bent on revenge, Coriolanus forms a temporary alliance with his former nemesis, the Volscian general Aufidius, and turns the full might of his fury towards the city he once called home. Coriolanus is a lesser-known play by William Shakespeare, who is widely considered to be one of the most influential writers in the history of the English language.
Find out everything you need to know about Coriolanus in a fraction of the time!
This in-depth and informative reading guide brings you:
• A complete plot summary
• Character studies
• Key themes and symbols
• Questions for further reflection
Why choose BrightSummaries.com?
Available in print and digital format, our publications are designed to accompany you on your reading journey. The clear and concise style makes for easy understanding, providing the perfect opportunity to improve your literary knowledge in no time.
See the very best of literature in a whole new light with BrightSummaries.com!
S'identifier pour envoyer des commentaires.